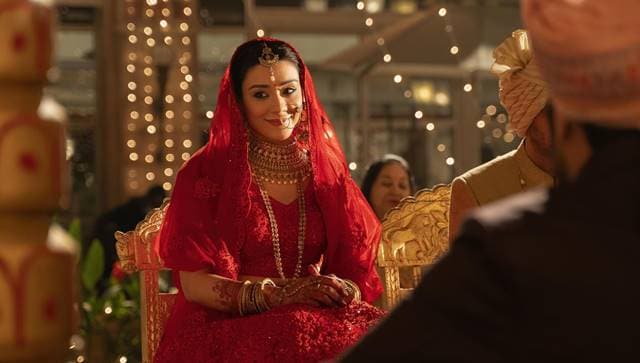 A pulpy and riveting thriller with a great storyline, Netflix’s Yeh Kaali Kaali Ankhein has been receiving positive reactions from all.

The eight-episode thriller starring Tahir Raj Bhasin, Shweta Tripathi, and Anchal Singh in the lead will keep you on the edge of the seat.

Anchal Singh who essays the unique character of Purva has garnered praise and immense love for her role.

Her bold, intense, and enigmatic portrayal has intrigued and appealed to the audience, keeping them hooked to the story.

Anchal Singh said, “I am overwhelmed and honoured by the response I am getting since the series has come out. It is humbling to see the praise from fans on social media.

I am blown away by the love and affection people have shown to the character.

Purva is complex and fierce while being elegant and pure at the same time.

These different and diverse shades of the character is what attracted me most to the part and I’m surely going to carry this role close to my heart for years to come.”

Plot: Aggressively pursued by a politician’s daughter who will do anything to marry him, a small-town man takes drastic measures to reclaim his life.

Produced by Edgestorm Ventures Pvt Ltd, Yeh Kaali Kaali Ankhein is created and directed by Sidharth Sengupta, who is known for creating popular television shows including Balika Vadhu and the series Apharan.