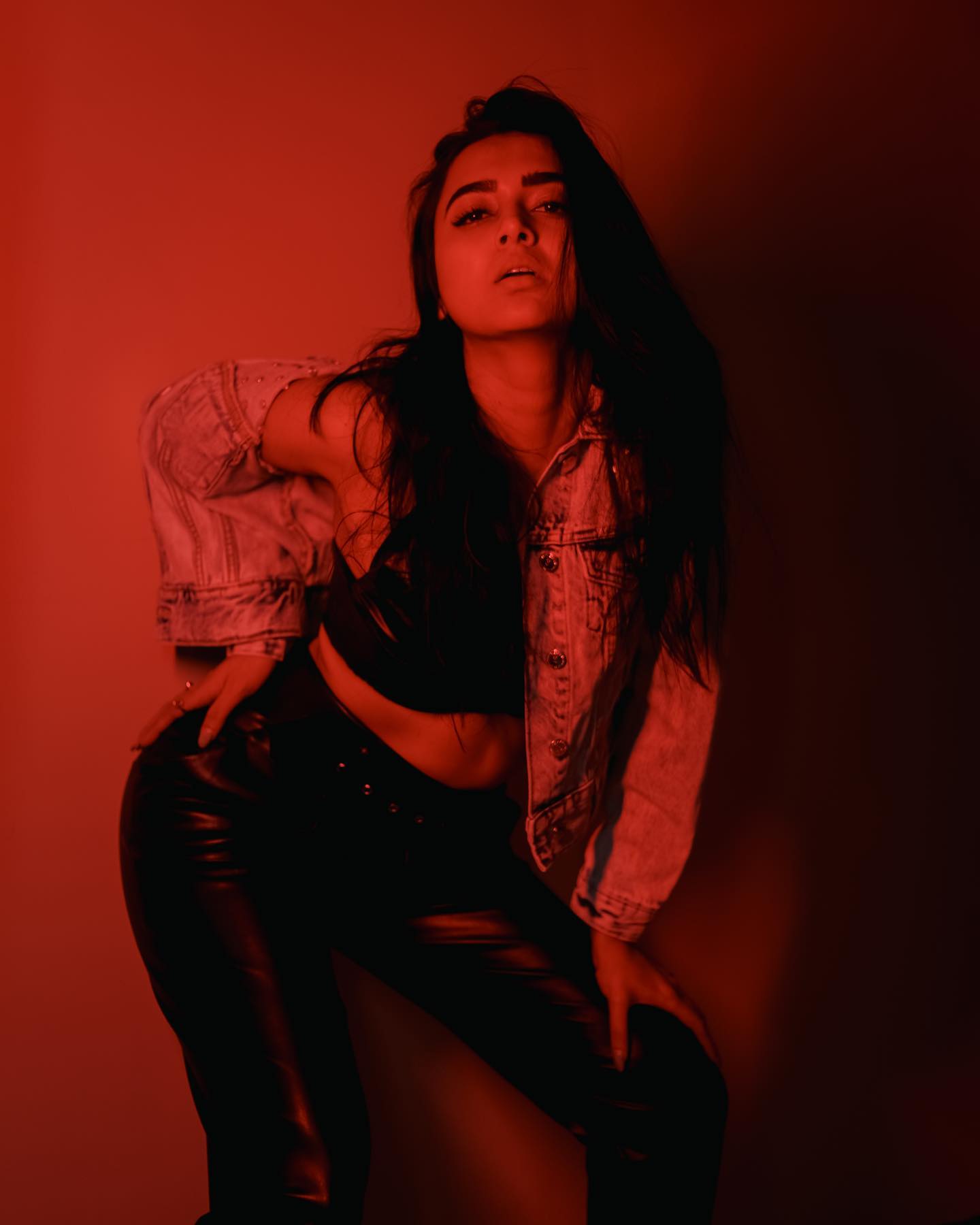 Tejasswi Prakash posted the pictures on her Instagram account with the caption: You’re one microscopic cog in his catastrophic plan…
Designed and directed by his red right hand

Here are the pictures

She is known for playing the lead role of Ragini Maheshwari in Swaragini – Jodein Rishton Ke Sur (2015–16).

Prakash was born on 10 June 1992 inJeddah, Saudi Arabia in a musical family.

She is an engineer by profession.

She graduated in Electronics and Telecommunications Engineering from Mumbai University.

In 2013, she played Dhara in Sanskaar – Dharohar Apnon Ki.

From 2015 to 2016, she portrayed the lead role of Ragini Gadodia in Colors TV’s Swaragini – Jodein Rishton Ke Sur opposite Namish Taneja.

In 2018, she portrayed Uruvi in Star Plus’s Karn Sangini opposite Aashim Gulati.