Bigg Boss 4 fame Sara Khan, is back in the news with her new music video. The song is titled Black Heart, featuring the actress in never seen before sensuous form. 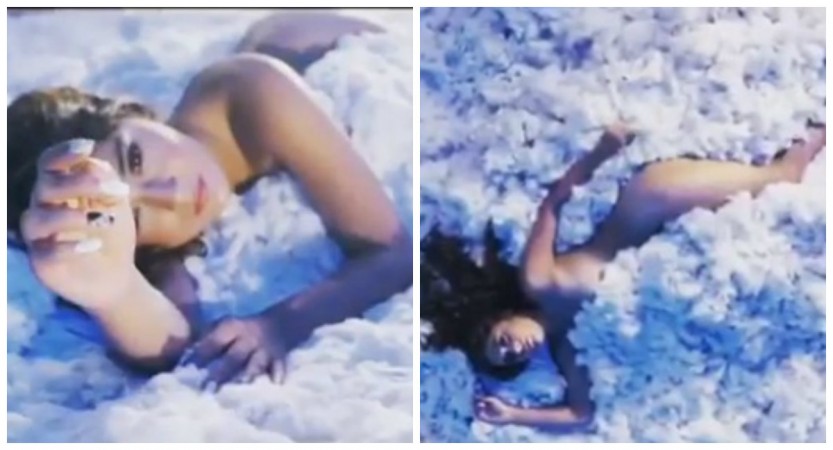 Sara has never shied away from flaunting her curves in front of the camera. And this time she has gone nude for the music video Black Heart

in this music video, Sara Khan is seen in a semi-nude avatar. Apart from acting in the song, the actress has also lent her vocals. The song is composed by Vicky Hardik and penned by Prince Pratabh Singh.

The video on YouTube got series of comments, mostly people trolling her and asking the need to go nude in the song video. Although some of her fans praised her voice and beauty in the video, most of the responses on YouTube came in negative.