Now Salman Khan is the 3rd most followed Indian on Twitter after Prime Minister Narendra Modi and Big B Amitabh Bachchan.

Salman Khan is the most followed Male actor with 37.5 Million likes and 31.8 Million followers on Instagram.

Right now Salman Khan is treding everywhere, people going gaga over his new single to fight against COVID19 is trending on top from yesterday.

Salman’s Youtube Channel which launched few days ago is already subscribed by 280K0.

Here is the Pyaar Karona song

Known For his unique style of storytelling and direction, Imtiaz Ali, has carved a niche for himself in Bollywood. Basically his genre is romance, but the portrayal is very different from Bollywood stereotypes. As… 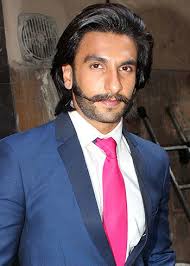 Super 30 is an upcoming Indian biographical drama film directed by Vikas Bahl, based on the life of mathematician Anand Kumar and his educational program Super 30. The film stars Hrithik Roshan as Kumar and Mrunal Thakur as his wife. The soundtrack is by Ajay-Atul and movie is…