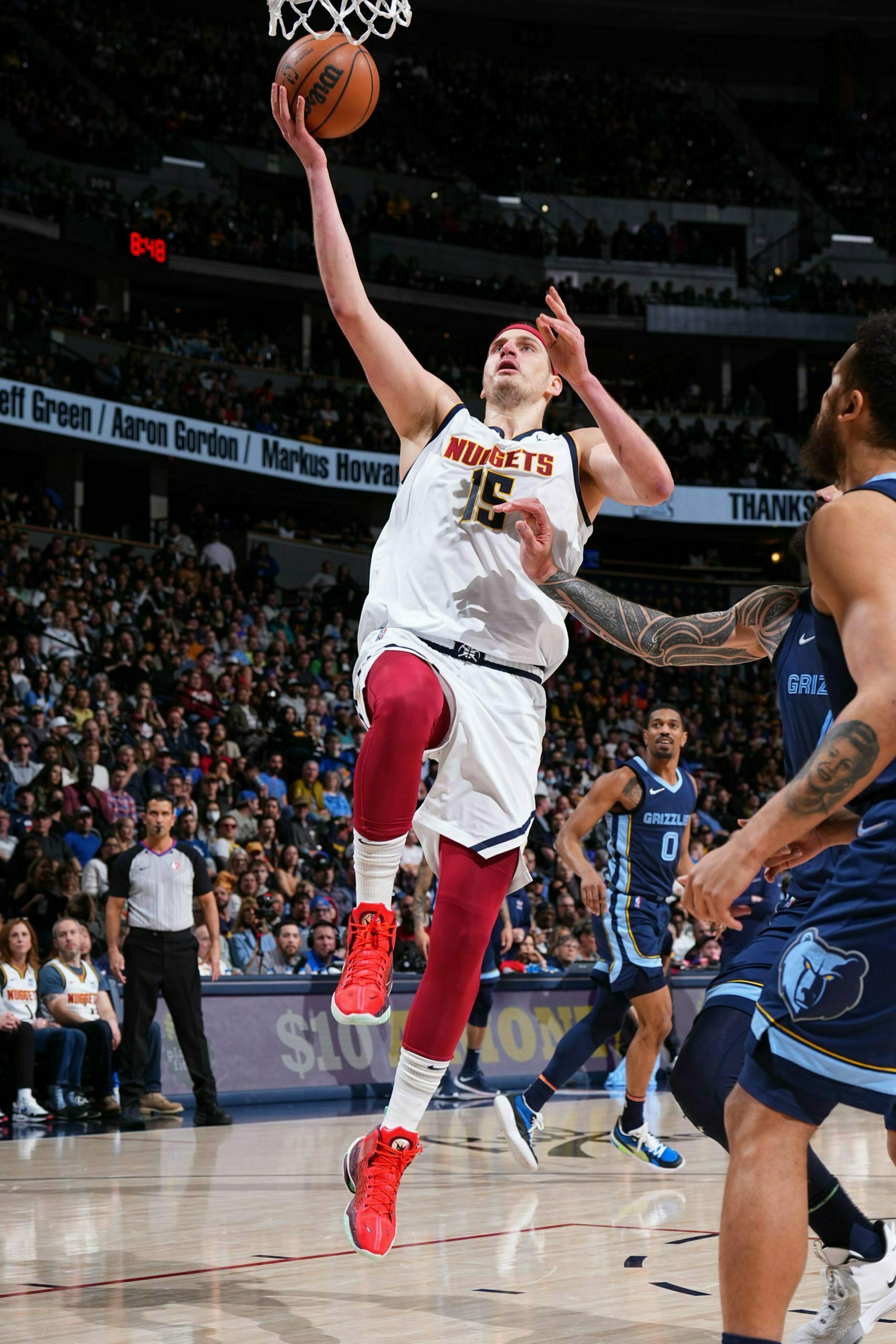 Nikola Jokic receives a standing ovation in Denver after becoming the first player in NBA History with 2K points, 1K rebounds, and 500 assists in a season.

Nikola Jokic became the first player in NBA history to record 2K points, 1K rebounds, and 500 assists in a season.

Jokić is considered by many to be the greatest passing big man in NBA history.

As a playmaker, Jokić uses his size and vision to set up his teammates for scores, often through various no looks and special deliveries.

His techniques, particularly his one-handed passes, have drawn comparisons to those of a water polo player.

Playing at a slow and deliberate pace, Jokić often pauses upon receiving the ball to survey the floor for defensive mistakes and potential openings.

In addition to his playmaking ability, Jokić is also a versatile scorer, capable of effectively finishing in the paint and hitting jump shots from midrange and the three-point arc.

His signature move, the “Sombor Shuffle” (coined by Nuggets play-by-play announcer Chris Marlowe after Jokić’s hometown of Sombor), involves jumping off his right foot before launching a high-arching fadeaway.

Jokić developed the move during his recovery from an ankle injury in 2017.

The unorthodox move is difficult to contest and has drawn comparisons to Dirk Nowitzki’s one-legged fadeaway.