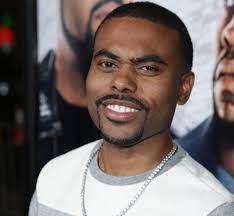 The American stand-up comedian, actor, rapper and singer Lil Duval met with an accident and he informed it via Instagram post.

He shared a video on Instagram where he was shifting to nassau to have surgery.

He posted: Somebody hit me in they car while i was on my 4 wheeler.

In 2005, he was a finalist on BET’s comedy competition series Coming to the Stage.

Powell is a series regular to the MTV2 shows Guy Code and Hip Hop Squares.

Roland Powell was born on June 12, 1977 and raised in Jacksonville, Florida.

He adopted the stage name “Lil Duval” to pay homage to his birthplace, Duval County, Florida. After graduating from First Coast High School, he relocated to Atlanta, Georgia.

In 2018, he released “Smile Bitch (Living My Best Life)” featuring Snoop Dogg and Ball Greezy, and the single peaked at number 56 on the Billboard Hot 100.