After months of speculation, Kapil Sharma finally takes it to his social media to announce his wedding date with girlfriend Ginni Chatrath.

The wedding card reads, “With great joy in our hearts and blessings of our parents, it gives us immense pleasure to announce that Ginni and I will embark on a new journey of love, respect & togetherness on 12th of December, 2018. 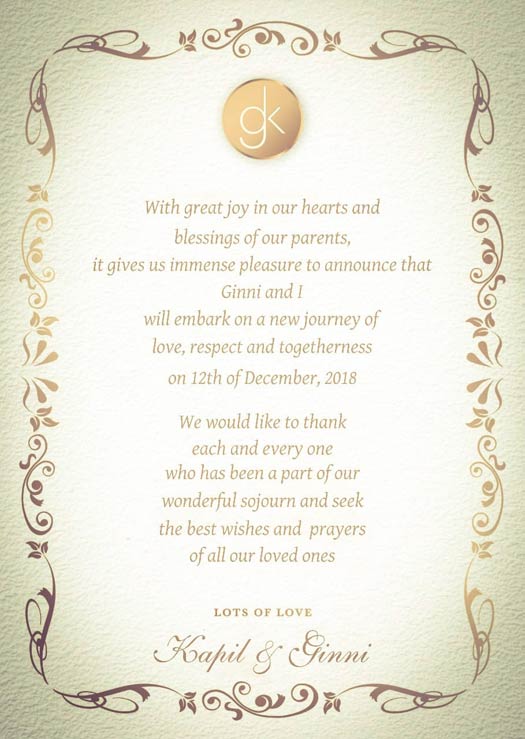 Kapil in an interview recently recalled how his elder brother was married with minimum ostentation.

“During the time when my brother married, I had not started earning well. We just went as a small baraat (wedding procession) and got bhabhi (sister-in-law) home. But by the time my sister got married, I had begun to earn well. So we had a fairly large wedding. It was lavish by our standards.”

Kapil, whose life and career has been under a cloud for some time now, says he wanted to keep the wedding under wraps.

“For the past few weeks, I’ve been promoting my Punjabi film. I didn’t want to talk about the wedding during the promotions, although the media repeatedly kept asking,” he said.

So is he happy with the decision to finally marry his devoted girlfriend?

“Of course I am. But more than me, the happiness that I see on my mother’s face is what makes it special.”