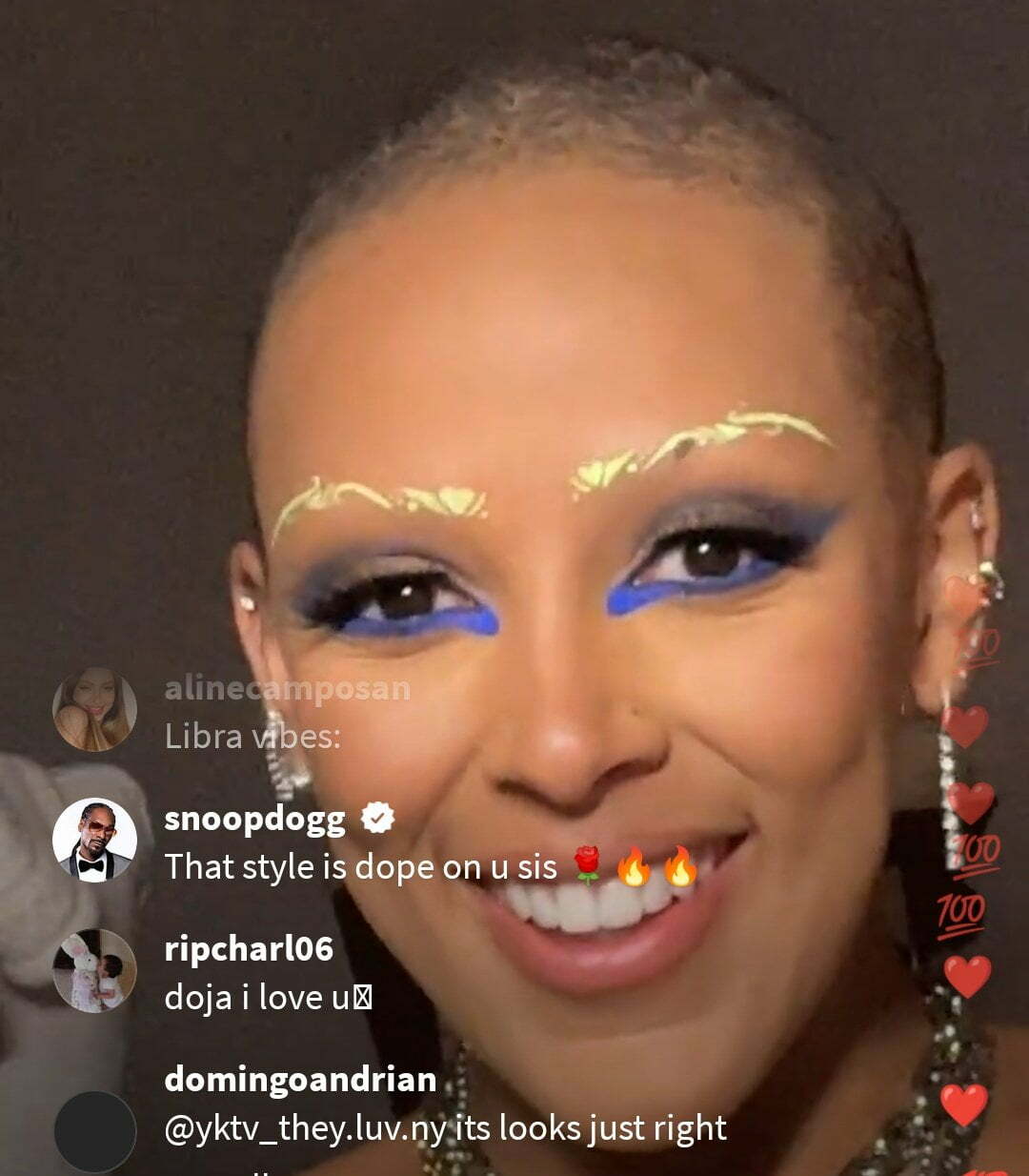 She shaves off her eyebrows to match newly shaved head via Instagram Live.

That Style is dope on you sis

Few days back Doja Cat has accused Twitter of taking away her ability to “reply to anything.”

The Grammy-winning artist made the claim Tuesday night after several heated exchanges on the platform. The drama seemingly began after Doja expressed her frustration over people’s general stupidity.

Though it’s unclear what exactly prompted the sentiment, the post immediately garnered criticism from some users, who accused Doja of being cynical and ungrateful.

“Can you please grow up lmao,” one person replied. “All you do is come online and rant about stuff. It’s never anything positive or being grateful. Just constant negativity, it’s so embarrassing and sad tbh.”

The 26-year-old hitmaker clapped back by calling the user a “nerd” and flatly telling them to “shut the f*ck up.”

Amala Ratna Zandile Dlamini, known professionally as Doja Cat, is an American rapper and singer. Born and raised in Los Angeles, California, she began making and releasing music on SoundCloud as a teenager.

Kevin Spacey to pay $31m over House Of Cards axing