The Kashmir Files is set around the time of the exodus of Kashmiri Pandits during the Kashmir insurgency in 1990.

Netizens brutally trolled the politician; even the film’s director Vivek Agnihotri and actor Anupam Kher slammed Kejriwal for making such a statement.

Days after his remarks, the politician has now cleared the air around his comment and claims he was wrongly presented.

For the unversed, the film is set around the time of the exodus of Kashmiri Pandits during the Kashmir insurgency in 1990.

Earlier, in a parliament session, Delhi Chief Minister Arvind Kejriwal said, “They are saying make The Kashmir Files tax-free. Well, put it on YouTube it will be free. Why are you asking us to make it tax-free? If you are so keen, ask Vivek Agnihotri to put it on YouTube, it will all be free. Everyone will be able to see it in a day. Where is the need to make it tax-free.”

In a conversation with Times Now’s Navika Kumar on, Frankly Speaking, Arvind Kejriwal has given his clarification about his comment on The Kashmir Files and said, “This has been presented wrongly. What happened with the Kashmiri Hindus was unfair, real and a lot people had to lose their lives.

It’s been over 20 years since then, but in those 30 years, 5 years were dominated by Bajpayee Ji (Former PM Atal Bihari Bajpayee) and the last 8 years has also been head by BJP.

It’s a sensitive government’s duty to give justice to those who have been suffering.”

Stating that after ruling for eight years, the BJP is now doing a film promotion, the CM further added, “It’s been 13 years and all of us should let go of politics and work on getting them back home and that’s what is needed.

Let’s help them go home, be the support system of the family, but it’s wrong to make a movie and mint crores.”

Two best comedians of Television kapil sharma and sunil grover may mend their relation and we can see them together on The kapil sharma show. Producer of the show salman khan trying to mediate…

“The Big Bang Theory” stars Jim Parsons and Mayim Bialik are teaming up again” for a new comedy of Fox “Carla” The project, which has been given a series commitment at the network, is…

This season of Koffee With Karan continues to bring to the couch some zabardast jodis. When you think pairs, Prabhas and Rana Daggubati don’t fail to come to mind. But this jodi is also joined by…

Hrithik roshan’s sister sunaina said her father slapped her because she is in love with a muslim guy called ruhail amin As pinkvilla reported sunaina admits the fact her father had slapped her. Sunaina… 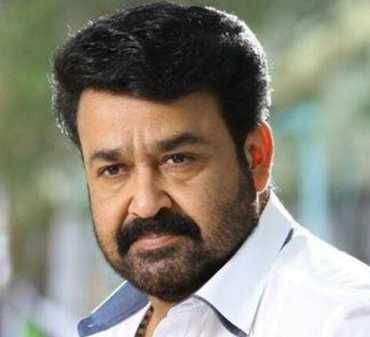 Drishyam 2 Shooting Starts : Here Are Pooja Pictures After the super success of Drishyam which was released on 19 December 2013 now Drishyam team starts the shooting of its sequel Drishyam 2. Drishyam…